Past research has shown that cats tend to prefer food with an acid pH over neutral or alkaline foods, a driving factor in the use of acids in animal digest and palatability enhancers.

The cats’ first choice preference and total consumption were monitored. Data demonstrated a numerical trend toward the diet containing SBS Pet™ in both observations. In fact, the SBS Pet™ diet was chosen 2.25:1 over the phosphoric acid diet and had a 1.42:1 food consumption ratio* (Figures 1 and 2) (*2 day period and total consumption of 20 cats).

Palatability tests on animals generate information on preference and amount consumed. However, they do not tell specifics about the taste. The acid solutions were evaluated at low, medium, and high concentrations and the sodium bisulfate solution was found to have a very clean, sour flavor that was more intense than other acids. These results indicate that SBS Pet™ has a higher sour intensity than phosphoric, citric and malic acids. (Figure 4). No bitter taste was associated with sodium bisulfate or phosphoric acid. 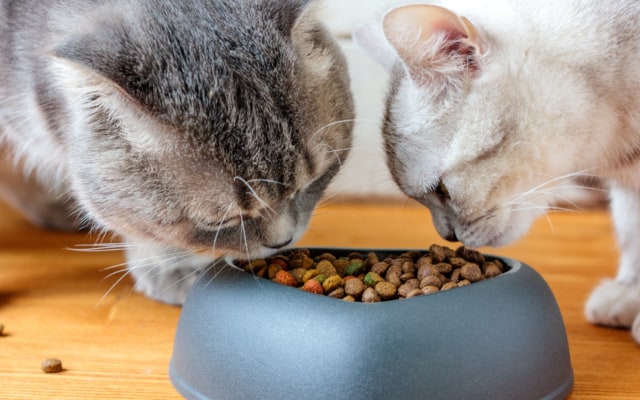